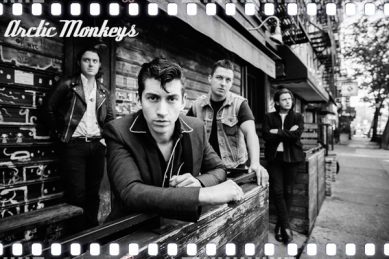 Who would have thought of their phenomenal rise ten years ago when Arctic Monkeys played their very first gig ! Four number one albums and two amazing Glastonbury headline sets. Their fifth album AM was released in September to critical acclaim and was one of the fastest selling albums of 2013. As a matter of fact it has sold 560.000 copies in the UK alone.They have definitely raised the bar as  live performers  and as one of Britain’s greatest bands that just got greater in an unexpected but hugely welcome way.

An album that virtually proves that they are not afraid of pushing boundaries and  moving direction . Displaying unparalleled confidence and exceptional musicianship, it makes for a dynamite LP and a reminder of why sex and rock ’n’ roll became linked in the first place. !!! Smart , mind blowing , lustful and cool as hell , AM is an album worth having and unquestionably one that you can’t get enough of from beginning to end. Time will determine whether it is a milestone in contemporary music history but it is absolutely brilliant and might also be one of the greatest of the decade.

Arctic Monkeys are no longer defined by a standard gender but create their own sound instead. Not only rock , definitely not just indie but artists with the ability to choose how they want to move on and what kind of music they want to make. With their remarkably insane talent , they formed and developed their own character in a confused music world. They are lying the foundations for an even more creative course with big songs , cool mesmerizing riffs , romantic aggression  , lyrics that stick in your head and sounds that play with words and create an explosive effect amazing intensity.

Alex Turner seems to write with more confidence than ever ( in fact he proves himself as a great lyricist in songs like “ Do I wanna know ” ) A kind of confidence and depth , the whole record bristles with. Intense , glaring riffs and jabbing vocals. Brilliant bass lines and a sort of passion that is evident in each song , in each rhyme.  All creating a dominating sound that you can’t help falling in love with. Mr Turner and his fellow monkeys use a combination of dynamic music styles , impressively crafted beats , sublime backing vocals & lyrics of unabashed confessions that you almost feel the fire dancing around the band. A fire that has the power to take over your body , mind and soul.

AM not only signifies an important moment in modern music history but places the boys from Sheffield on a course to glory. Forty two minutes of evidence to the future evolution of Arctic Monkeys’ sound and their steps towards the golden pantheon of Rock Legends.  The title of one of the best rock bands of ou times is well deserved.

There is no denying that bands like them rarely come around nowadays . Listen to their masterpiece & rest assured that while this may be the fifth chapter of their story ,the best is yet to come , since it is the beginning  of a bright era. The band is still experimenting , learning , growing , fine-tuning and we can’t wait to see what the future has in store for them.

There are so many gems to be found in the album & you have to discover its best moments for yourselves.

DO I WANNA KNOW : http://www.youtube.com/watch?v=bpOSxM0rNPM

I WANNA BE YOURS : http://www.youtube.com/watch?v=9Jnbg3mHojg

AM ‘s “I Wanna Be Yours” features lyrics written by British punk poet John Cooper Clarke who was an early influence and inspiration for Alex Turner and even gave him the idea for the band’s name which no one liked. 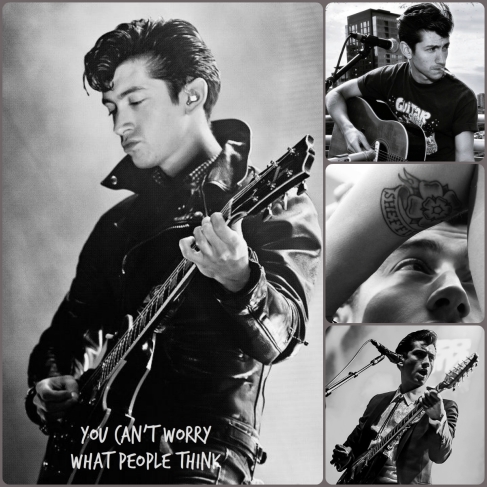 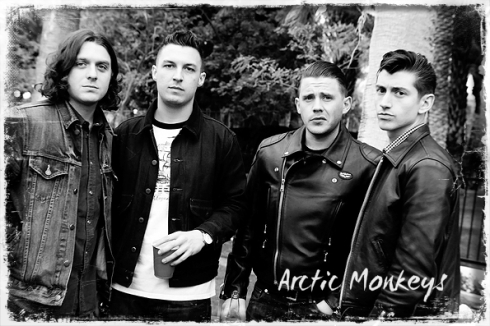